Check out the list of the most popular boys’ and girls’ names in 2017.

Both of the top names in 2017 – Sofie/Sophie and Jakob/Jacob – have a long tradition in Norway. See the statistical release for names 2017 for full details. 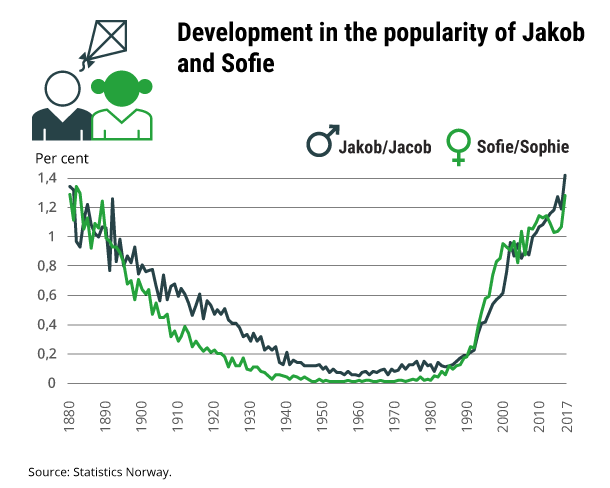 Their popularity declined after 1900, and Sofie in particular was very unpopular for a long time. Since 2009, Sofie has been in the top 5, but this is its first year at the top of the list. In 2017, Sofia/Sofie was declared as the most popular girl’s name in the world. We class Sofie and Sofia as two different names. Sofia is number 9 nationally, and top in Oslo.

Jakob has steadily been increasing in popularity, before taking the top spot in 2017. Together with Lucas as number two, the trend of biblical boys’ names looks set to continue. 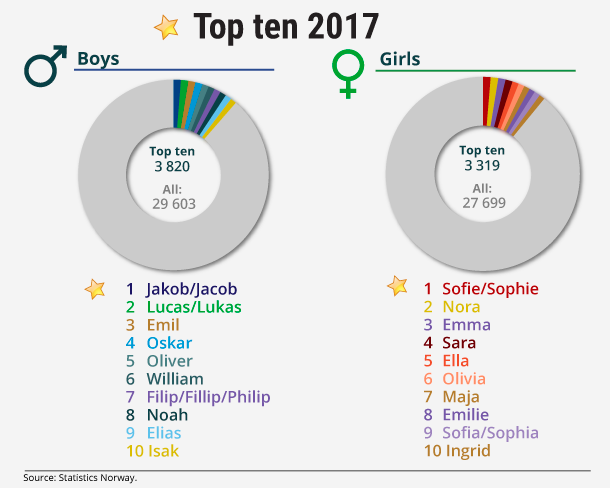 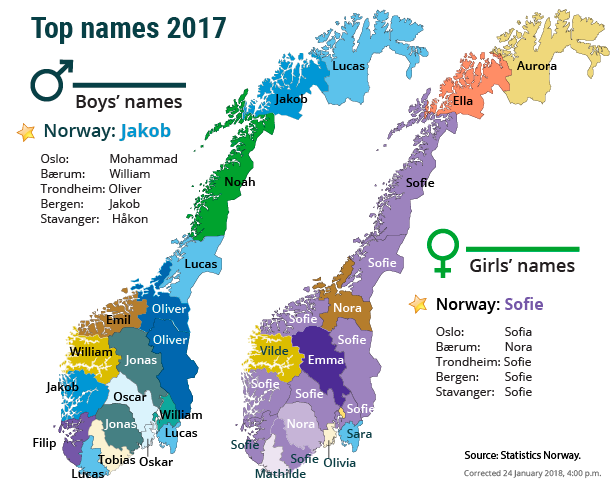