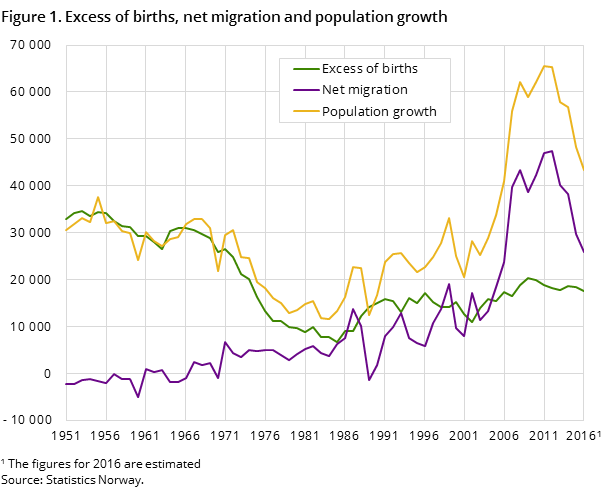 The estimated excess of births of 17 600 is expected to be somewhat lower than last year, but will still constitute a larger part of the population growth than last year, because the net migration is lower today. 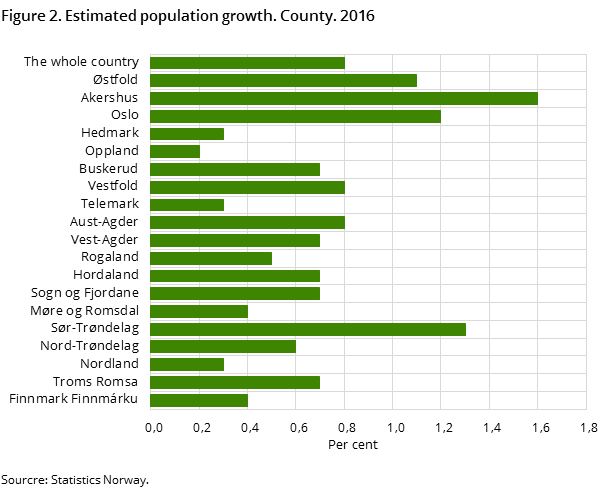 Asylum seekers without a residence permit are not registered as residents and therefore not included in these estimations.

The estimations show expected population at the end of 2016, and some new boundary changes from 1 January 2017 are not included.