A further reduction in immigration and a small decrease in the number of births resulted in low population growth in the 3rd quarter.

The population grew by 12 500 in the 3rd quarter as a result of an excess of births of 5 700 and net migration of 6900, according to new figures from the statistics Population and population changes. 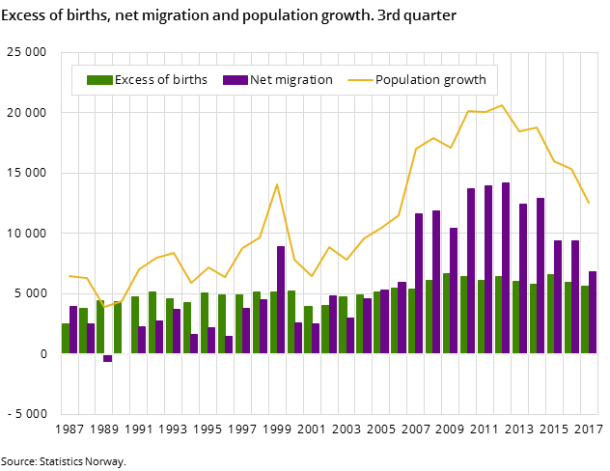 Among foreign citizens who immigrated, the largest group were Syrians, with over 1 400, and Poles, with about 1 300. Almost no Syrians emigrated, and net migration ended at 1 400. Net migration for those with Polish citizenship ended at 500, with 1 300 immigrating and 800 emigrating.

The population increased in all counties except Nordland and Finnmark during the 3rd quarter. Seen in relation to the population, the population growth was highest in Vest-Agder, Sør-Trøndelag and Oslo.