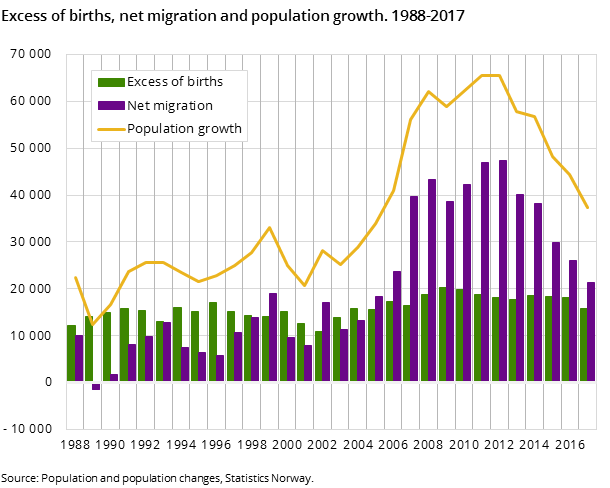 A total of 58 200 people moved to Norway in 2017, while 36 800 people left the country. Net immigration was 21 300. Immigration from Europe was close to 8 000 higher than from the rest of the world. Nevertheless, nationals from countries outside Europe accounted for 90 per cent of net immigration. The reason for this is that very many European citizens emigrated while fewer citizens from outside Europe did the same.

The low birth surplus is primarily the result of only 56 600 children being born last year.