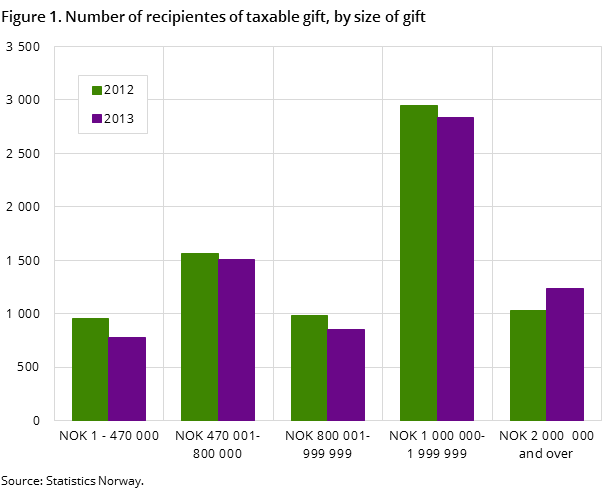 The statistics present figures for both possession date and decision date. Possession date is the date on which the recipient takes possession of the inheritance/gift. Decision date is the date the tax collector decides on taxes in the specific cases. The statistics do not cover estates in which the tax basis is under the tax-free amount or public administrated estates. A recipient is liable for taxation for inheritance or gifts to a value up to NOK 470 000 if he or she has received an inheritance or gift from the same donor in the past and the overall value exceeds the tax-free amount. A recipient may have received parts of one object, more than one unit of one type of object or a multiple number of different types of objects. Advances on the inheritance are considered as a gift. Inheritance tax was abolished on 1 January 2014.