The index shows changes in average monthly earnings and basic salaries throughout the year. The wage index should not be used to calculate annual earnings.

Basic monthly salary is the actual payment at the time of the census, and is often described as salary on a scale or regular basic wage. Qualification/skills allowances and other regular personal allowances are included. Wages or salaries can be paid per hour, week, fortnight or month.

From 1st quarter 2009 the industrial classification in the Wage Index is defined by economic activities according to Standard Industrial Classification SIC2007 , which is in accordance with the EUs new NACE Rev. 2.

Division for Income and Wage Statistics

The index is released on a quarterly basis, no more than 60 days after the end of the quarter

Statistics Norway maintains computer files where the raw wage data from all sources are compiled.

The purpose of the index is to show changes in average monthly earnings and basic salaries throughout the year.

From 1st quarter 2009 Statistics Norway has introduced a new version of Norwegian industry classification (SIC2007). This new classification provides a more suitable and updated description of the activity concerning both the private and public sectors, with more focus on service industries.

The early time series of wage index for the period from 1st quarter 2000 to 4th quarter 2008 is recalculated based on SIC2007. Time serie in accordance with SIC2002 will not be published as of January/first quarter of 2009, but will be available in StatBank  (table 03633).

The statistics are used in Statistics Norway's national accounts and in monitoring the economy. It is also used in other indices produced by Statistics Norway. The wage indices are furthermore used by business and industry to adjust contracts and in wage negotiations. Other major users or applications are employee and employer organizations, the media, Eurostat and the IMF.

No external users have access to the statistics and analyses before they are published and accessible simultaneously for all users on ssb.no at 8 am. Prior to this, a minimum of three months' advance notice is given inthe Statistics Release Calendar. This is one of Statistics Norway’s key principles for ensuring that all users are treated equally.

The index values are comparable only within the same version of Standard Industrial Classification.

Preliminary indexes are final when the annual statistics for each industry is released.

The wage index covers changes in wages of full-time employees in sections from B to S (except K and O) in accordance with the new version of Norwegian industry classification (SIC2007) which is implemented from the 1st quarter of 2009. .

Data are collected electronic from companies covered by the quarterly sample. Information is obtained on basic salaries, bonuses, irregular payments and working hours of individual employees of the company. Overtime payment is not included in the statistics.

The index is compiled on the basis of reports from a representative sample of enterprises grouped according to employment and industry. The sample of the quarterly statistics is drawn among enterprises that are included in the annual wage statistics. Enterprises with less than 3 to 10 employees, depending on the industry, are not included in the sample. Each year around 25 per cent of the small and medium-sized enterprises are replaced with new ones.

The statistics is based on data from a-meldingen. More about a-meldingen:https://www.altinn.no/en/a-ordningen/

The data for the wage indices are collected quarterly. The census dates are 31 March, 30 June, 30 September and 31 December each year.

The statistical material collected from the sample represents the average wage level in the population, and the material must therefore be weighted. Weighting in the wage statistics is based on inverse sampling probability during post stratification according to industry and employment at the time of the census. The weights are adjusted for any bias as a result of non-response. The primary objective of the weighting is to achieve a grossing up of the sample so that the units in the sample receive relative significance in keeping with what is reflected in the population.

The statistics is based on monthly data on wages and salaries from a-meldingen. The sencus dates are February, May, August and November for basic salaries. Variable irregular payments and bonuses are computed as an average for the current quarter.

Quality control and editing of the quarterly statistics takes place in several stages, with most of the operations automatic both with respect to the actual control and consequent correction. When the reported data are received essential variables are controlled. Quality control of the wage data continues before and after registration.

The two wage indices should not be used directly to estimated annual earnings, since it often need to be supplemented with other information about the wage development.

Structural changes in the sections affect the wage indices. How many people and whom steps in and out of the employment market, changes in employment situation between sectors and changes in working time will affect the development of wages.

According to Statistics Act Section 2-6, figures shall not be published in such a way that they may be traced to a particular respondent.

The statistics are comparable back to first quarter 2000.

Measurement errors mainly occur when respondents misinterpret and report the data with errors.

Processing errors occur mainly during registration of the data.

Unit non-response in wage indicies is between 2  and 3 per cent. The main reason for non-response is that the enterprise no longer has employees as a result of a closure, sale or take-over by another owner, bankruptcy or merger in the time between the selection of the sample and the census date. A handful report late and are not included in the statistics.

Partial non-response in several of the items collected and used in wage indicies can often be calculated logically based on the other data given, or be imputed from previous years. Observations are also discarded due to missing information and/or incorrect values for the variables.

Register errors may occure in information about the industry and/or sector.

From 2015 the statistics is based on data from a-meldingen. Here also, observations can be discarded due to missing information and/or incorrect values for the variables.

Preliminary indices will be revised to final figures when the annual statistics for each industry is released. 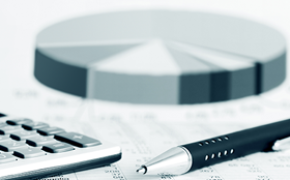 Main topics of this article are the definitions of wage terms as monthly earnings, estimated annual earnings etc.