Labour costs vary between the different industries, according to new figures from the statistics Labour costs. The lowest average labour cost in 2016 was NOK 463 500, which was in accommodation and food service activities. 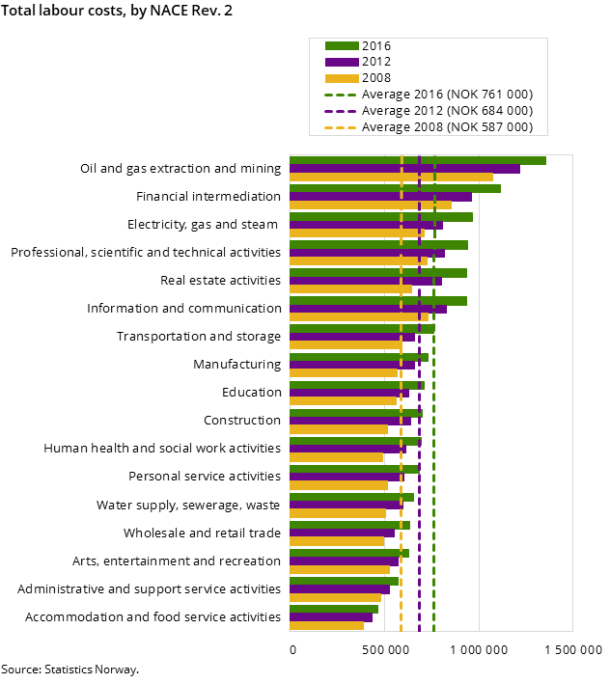