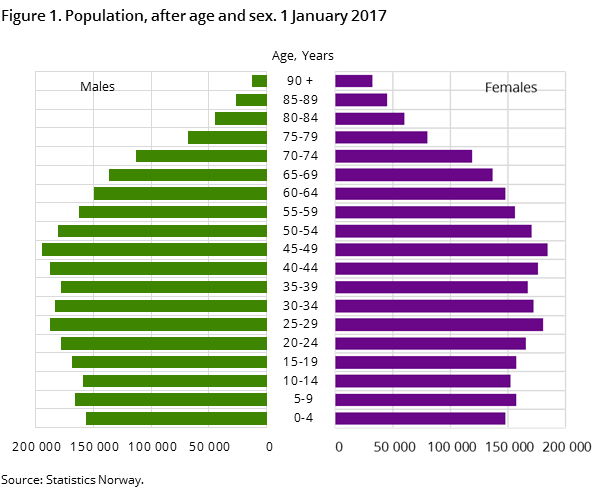 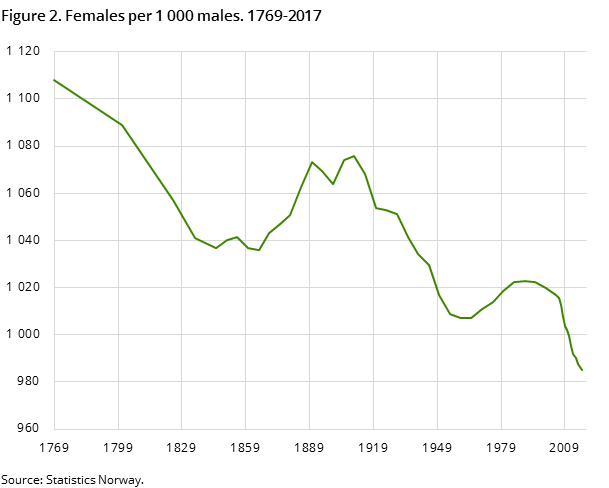 Most elderly, 80 years and over in Hedmark and Sogn og Fjordane

At the turn of the year, 61.4 per cent of the residents were in the age group 20-66 years, while 10.4 per cent were in the age group 67-79 years. The oldest, 80 years and over, represented 4.2 per cent of the population. Seen in relation to the population, Hedmark, Sogn og Fjordane and Oppland had most residents in this group. Oslo had the lowest share in this group. 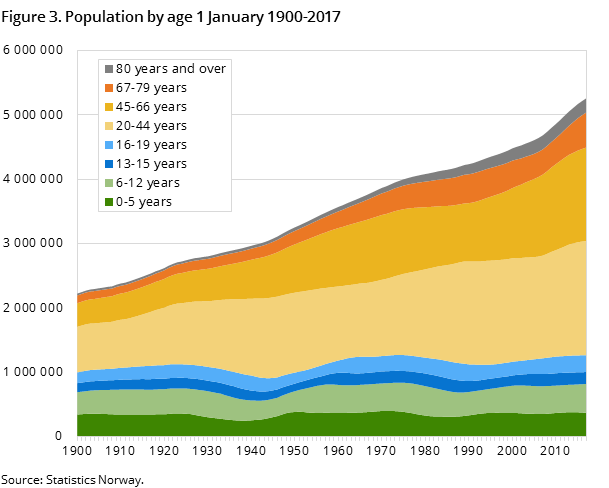 Among foreign citizens, the number of Syrians grew most in 2016, from 7 600 on 1 January to 18 900 at the end of the year. This is related to the large flow of refugees from Syria to Norway in autumn 2015. Many of these were granted a residence permit in 2016 and are included in the statistics on residents in Norway.

The Poles are still the largest group of foreign citizens in Norway, with 102 000. The other large groups are the Swedes and Lithuanians.

Number of foreign nationals has doubled since 2008

In line with the strong population growth over the last ten years, the number of foreign citizens has more than doubled from 2008. In 2008, the 266 000 foreign citizens represented 5.6 per cent of the total population. The comparable figure in 1991 was 3.4 per cent. 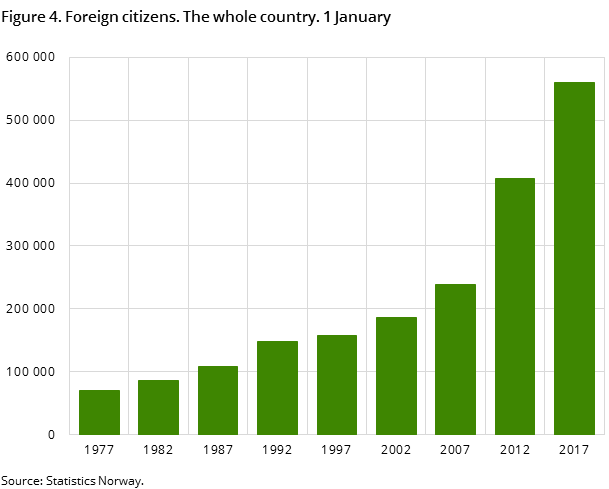 Nearly 108 000 of the foreign citizens are resident in Oslo, where they represented 16.2 per cent of the population at the turn of the year. Outside of Oslo, the counties Rogaland, Akershus, Finnmark and Buskerud have the largest percentages of foreign citizens. 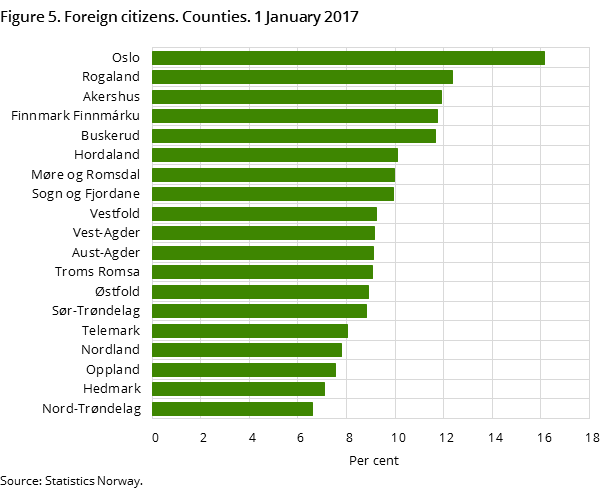 Population growth in all counties